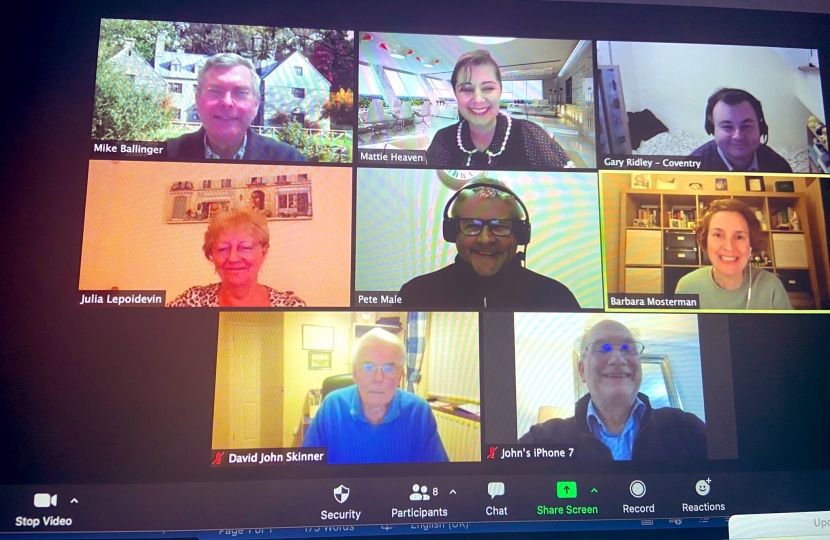 Local Coventry Conservative members gathered virtually to participate in the party's Conservative Policy Forum, this time to discuss the topics of the Union and the constitutional settlement of the UK.

Members covered areas such as the benefits of the Union in our lives, the extent to which devolution has or has not gone far enough and how Crown Dependencies should be viewed in the context of the Union. Discussing the constitutional set-up of the UK, issues such as reform of the House of Lords, the Supreme Court and the effects of the Human Rights Act were all covered.

It was a very engaging set of questions to debate and talk through with one another. The Coventry Association don't just work on local matters, we also have time to consider the way we are governed at a national level.