A load of Bollards. 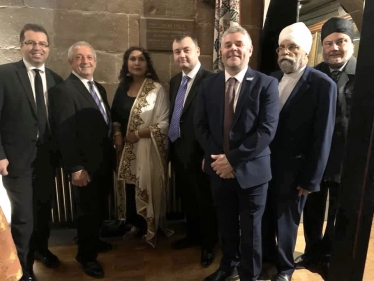 Representatives from a number of other faiths were present along with the Deputy Lord Lieutenant for the West Midlands, Colonel George Marsh and Consul General of India, Dr Aman Puri. Mayors and Deputy Mayors from across the West Midlands were also in attendance.