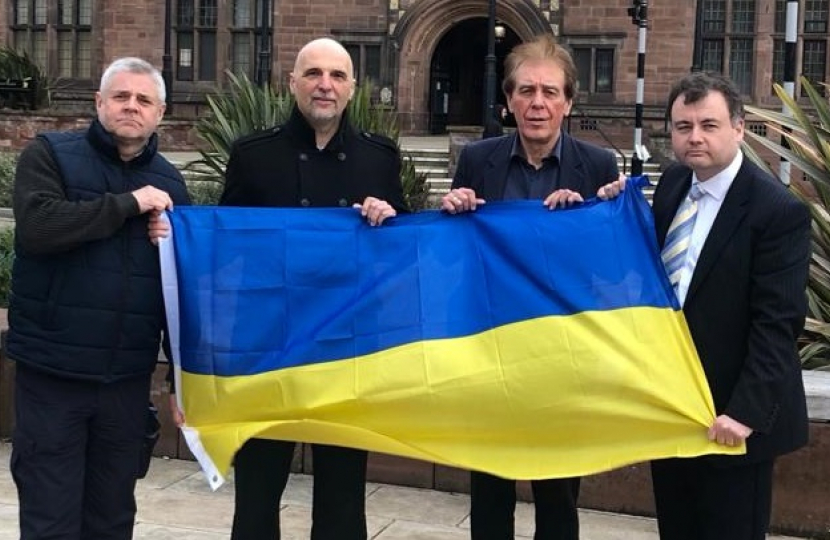 On Tuesday 22nd March councillors in Coventry will vote on whether to suspend the city’s twinning link with Volgograd. It comes amid growing calls to suspend the arrangement with a city’s Labour MP now backing the campaign.

Many organisations across the world have suspended links with Russia in a show of solidarity with Ukraine including several UK cities. The request was initially made by the Association of Ukrainians in Great Britain (Coventry Branch) in response to the ongoing atrocities being committed by the Russian State in Ukraine. They received immediate support from Conservative Councillors who have brought this debate forward. However, Labour councillors have pledged to keep the twinning arrangement in place.

Coventry has been twinned with Volgograd, formerly known as Stalingrad, since1944. However, there has been growing unease with the relationship in recent years.

In 2018 the ruling Labour group were criticised for sending three councillors to a ‘peace conference’ in Volgograd just months after the Salisbury poisonings. In October 2021, Labour was again criticised for failing to challenge the Russian Ambassador to the UK on human rights abuses when he visited the city. Ironically, a post on the embassy’s Facebook page still says: “As long as we remember our history, the horrors of war and its consequences, there is still hope that we can avoid such tragedies in the future”.

At the meeting, Conservative Group Leader, Cllr Gary Ridley, will outline a plan to suspend the twining arrangement. The motion also includes a proposal to twin with an appropriate Ukrainian city and welcome refugees into the city. It will be seconded by Conservative Deputy Leader, Cllr Peter Male.

The Conservative Group also plan to write to the authorities in Volgograd informing them that the arrangement no longer enjoys cross-party support. In the letter they will set out their reasons and urge local leaders to speak out against President Putin.

Commenting on the request Cllr Gary Ridley, the Leader of the Coventry Conservative Group, said: “There are many brave Russians who are risking their lives to stand up to Putin and his war machine. However, there is no doubt the Russian state has used this relationship for propaganda purposes. Labour councillors welcomed their representatives and attended their phoney peace conferences while they planned war and genocide. After this, how can Coventry continue to have a ‘business as usual’ relationship with them?”

Deputy Leader of the Conservative Group, Cllr Peter Male and added: “Some have argued that we should retain the link to demonstrate to the Russian people how unacceptable their actions are. However, they don’t explain how they’ll do that. It’s incredibly naïve to think that we can use the link to challenge Russia on their human rights abuses – and there’s no evidence our city’s leaders have tried in the past either. Councillors around the country have taken difficult, but necessary decisions to suspend or revoke existing twinning arrangements with Russian towns and cities. I am concerned that Coventry will find itself isolated, if Coventry City Council fails to support the Conservative Group motion. We must take a strong, and united stand, against this war.”