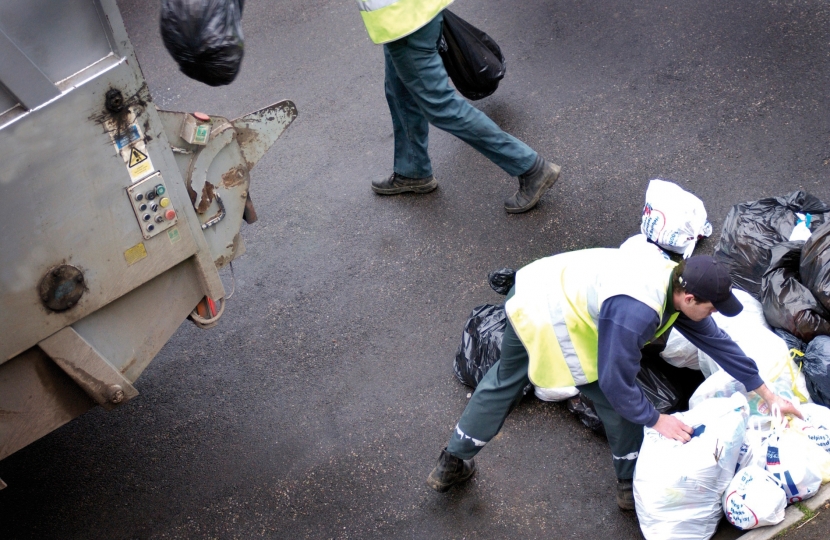 Coventry Conservatives are calling on Labour-led Coventry City Council to resolve the current bins crises as soon as possible. They believe that this failing Labour administration has let down Coventry residents with their inept handling of the Bin Lorry Drivers’ strike action that will now cause countless disruption and inconvenience to Coventry residents. They also believe that the emergency arrangements put in place during the crisis are inadequate.

Commenting on the situation, Conservatives Shadow Cabinet Member for City Services, Cllr Mattie Heaven said: The Council has set up only four public collection points where rubbish can be taken. However, this means that you will have to transport your own rubbish to these collection points; there are also height restrictions preventing large vans from entering some of the collection points. These arrangements take no account of people who are not able to get to a collection point including those residents without a vehicle and those residents with a disability, who are elderly and vulnerable people. These measures are clearly discriminatory and unfair on our long-suffering residents and not to mention the impact it will have on health and safety of our residents.”

Coventry Conservatives want to see the immediate crisis resolved quickly but believe that there needs to be a complete review of the service in the longer-term. Commenting on the ‘extensive negotiations’ Mattie says: "This bins strike will bring chaos to refuse collection in this city but unfortunately, it’s just the latest instalment in a decade of chaos. Missed bins are a regular occurrence across the city, year on year this seems to happen, often at Christmas - it is simply not good enough. With no end in sight this situation could exist well into the new year with the possibility of rubbish piling up on the streets."

She added: "That’s why for some time now we have been asking the Labour leadership of the Council to test the market to ensure we’re providing the best service possible which they have steadfastly refused to do so. They now find themselves locked into this dispute with no Plan B while neighbouring Authorities, like Warwick see bins were being emptied as normal."

£24m funding boost for schools in Coventry to level up education

Coventry Conservatives have welcomed the news that schools in Coventry will receive £341m in funding next year, a boost of £24m as part of the Conservative Government’s £4 billion increase in spending for schools across the country.