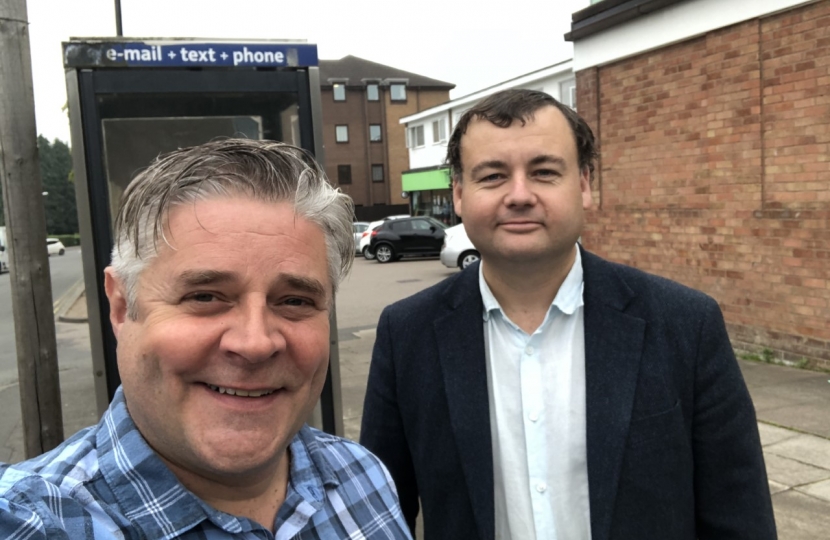 A campaign to convert an old telephone box into a defibrillator station is gathering pace after the Council agreed to take ownership from BT on a temporary basis. However, the offer is dependent on a community group coming forward to manage the asset on a long-term basis.

Under the plan, the Council would take ownership of the phone box on Sutherland Avenue, Mount Nod, and pay for the upkeep for twelve months to allow the community group to raise funds. The proposal was announced at a ‘virtual’ Cabinet Member meeting on Wednesday 25th November in response to a petition presented by Woodlands Ward Councillor Gary Ridley bearing more than 200 signatures.

Earlier this year, Cllr Ridley discovered there was strong support for a defibrillator when BT announced they intended to remove the phone box.. Nationally, they have become a common sight on the high street as other disused kiosks have been converted due to low phone usage.

It’s largely thanks to a scheme which allows local authorities, charities and community groups to take ownership for £1. Under the agreement BT pays for the electricity for the first seven years but the asset can only be transferred to specific bodies, such as a local authority. That’s why the Council’s support is so critical. The search is now on for residents willing to take part in a community group.

Commenting on the bid, Woodlands Ward Councillor and Leader of the Conservative Group, Cllr Gary Ridley, said: “There’s been strong public support for this idea right from the start. In fact, it was our brilliant residents that suggested converting this phone box into a defibrillator. Everyone pulled together to get signatures on the petition which has now helped to secured Council support for the initiative. But we now need people to come forward again to help form a management group so that we can move forward to the next phase. Please get in touch if you can help!”

Fellow Woodlands Ward Councillor and Shadow Cabinet Member for Jobs and Regeneration, Cllr Peter Male is also supporting the idea. Commenting after the meeting he said: “I think this is a great idea! We’re very grateful to the local shops, the pub and our residents generally for the support they’ve given us. For obvious reasons, health has risen to the top of everyone’s agenda this year and one day this kit might just save a life.”

Anyone interested in getting involved in the project should email Cllr Gary Ridley at gary.ridley@coventry.gov.uk or write to him at the Council House.