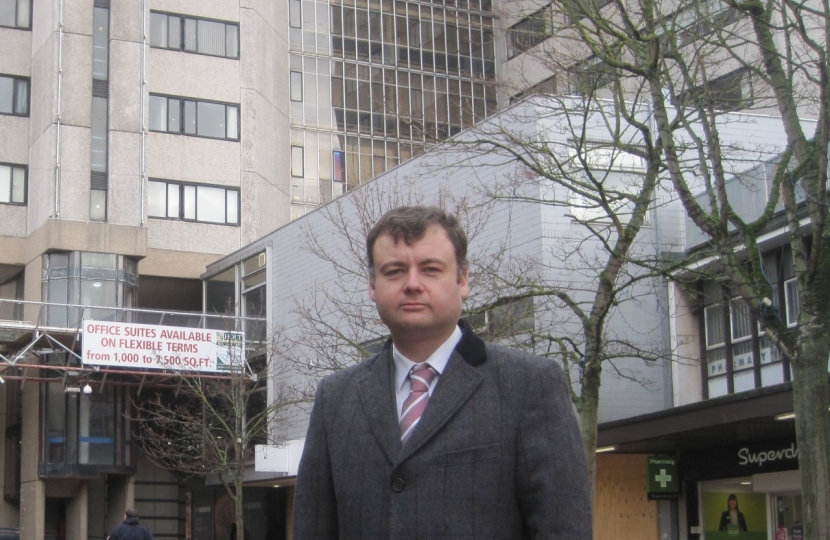 Councillors in Coventry have secured cross-party agreement to use empty Council offices to help the charities evicted at Coventry Point. The Council has a range of offices around the city which could now be made available to house the charities temporarily. These facilities offer a combined floor space of around 31,000 square feet, and include buildings such as Enterprise House in Foleshill. Other offices are available at Palmer House near Coventry Airport, Rowan House at Westwood Business Park and sites in the Canal Basin.

The new policy clears the way for the Council to intervene in the saga which has seen 43 charities evicted from Coventry Point with just one month’s notice. The Council wants to bull-doze the building putting many small, often tiny charities, at risk.

Although agreement was reached there was initially a big political row which resulted in surprise and confusion. Labour first voted to block the use of Council property - then bizarrely accepted a further Conservative amendment reversing that decision.

Although the final policy is weaker than the Conservatives would have liked Cllr Gary Ridley, the Leader of the Conservatives on Coventry City Council, is hopeful that it clears the way for the Council to intervene. He’s now asked Council officers to develop a plan to implement the new policy and has urged any remaining charities who need help to get in touch.

Speaking after the meeting he said; “The Coventry Point charities do vital work for this city and it would be wrong for the Council to turn its back on them in their hour of need. Labour clearly tried to play politics with the issue for some reason but I’m pleased that in the end we reached agreement. We need to provide direct, and tangible, help in the form of bricks and mortar. As Leader of the Opposition I’ll be holding Labour to account, they must now abide by this agreement otherwise we could lose these vital charities.”

It’s the second time that Conservatives have tried to secure help for the charities. At last month’s budget meeting they set out a rescue package worth £120,000 but were voted down by Labour.