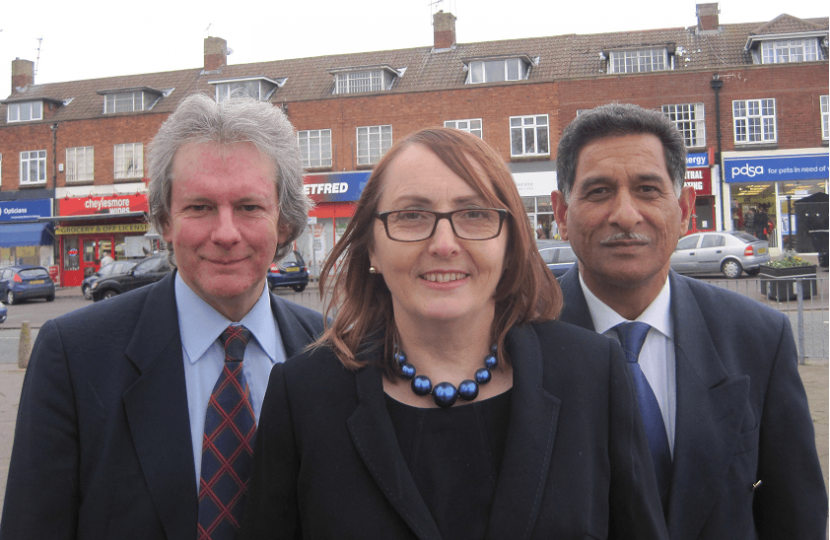 Cheylesmore Conservatives have selected a candidate for the City Council elections taking place on May 22nd, following the decision of current Councillor, Kevin Foster, to stand down from the Council following the recent death of his Mother and him being selected as a Parliamentary Candidate in Torbay.

Former Lord Mayor, Shabbir Ahmed, won the contest to become the candidate for the Conservatives in Cheylesmore, and has pledged to use his years of experience in local government to help deliver results for local people in Cheylesmore, Whitley & the Stonehouse Estate.

Commenting on the announcement, Shabbir said: "I am very honoured to have been selected as the Conservative candidate for Cheylesmore and I have already been out meeting local people and getting stuck in to issues affecting the community. Kevin was a superb Councillor for local people and he will be a tough act to follow, but I am determined to stand up for Cheylesmore Ward and to continue our hard work in the communities we represent."

Adding, Cheylesmore Councillor, Hazel Noonan, said: "I am delighted to welcome Shabbir to the team in Cheylesmore and I know his enthusiasm and commitment to the people of Cheylesmore, and Coventry more broadly, will prove to be a real asset to local people. Our team in Cheylesmore is experienced, with Roger, Shabbir and I all absolutely determined to keep delivering for local people, as we have done over many years for our communities.

"I would like to thank Kevin for his tremendous work in the community over the last twelve years and to wish him every success for the future."