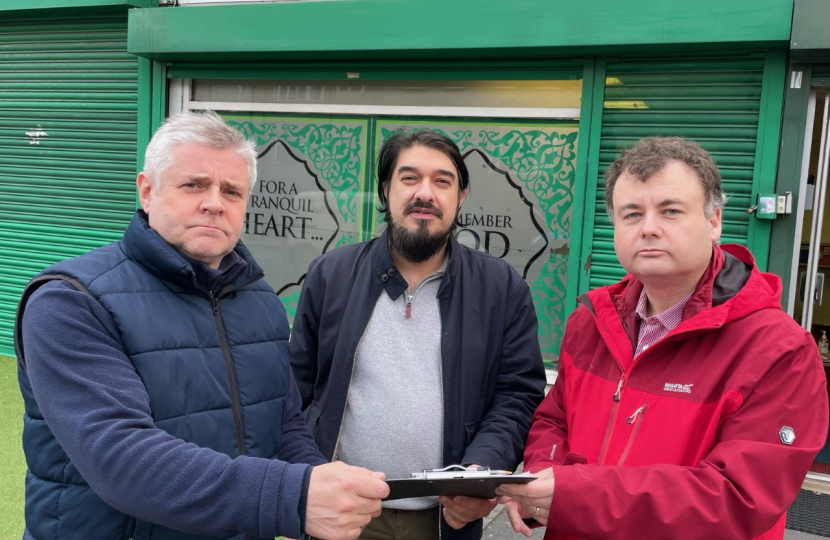 Coventry Conservative are backing calls for a new ‘digital autopsy’ facility to be made available to residents in the city. The idea has been mooted in response to concerns raised by citizens of the Muslim and Jewish faiths. Both groups are against invasive autopsies on religious grounds and require a swift burial. However, a traditional post-mortem is invasive and may take three weeks to arrange.

Bereaved relatives can be left not knowing what happened to their deceased putting further emotional strain on them at an already difficult time. A digital autopsy facility would help to relieve pressure on the coroner, who can face a backlog of up to 25 cases at any one time. It would also speed up the process by reducing the likelihood of an invasive autopsy to determine the cause of death.

The equipment used to perform an autopsy is based on MRI/CT scan technology and allows a post-mortem to be carried out quickly. Many cities such as Leicester, Dudley and Stoke-on-Trent already provide these facilities free of charge to their residents. The facilities can be used by those outside the city with an appointment within two to three days - but only for a charge of around £1,000.

The idea has been put forward by Conservative campaigner Zaid Rehman who is collecting a petition to support his campaign. He has already collected nearly 500 signatures and said: “As a member of the IQRA Centre, we’ve seen many families suffer a sudden and tragic loss who are put through the process of an invasive autopsy to determine the cause of death. This is a legal requirement and dealt with by the coroner’s office. The option to perform a digital autopsy would help to meet their religious needs but would also improve the level of service to everyone regardless of faith. It would also help improve the workload of the Coroner and speed they can deal with cases requiring their attention.”

The petition has already received the backing of Cllr Gary Ridley, the Leader of Coventry’s Conservative Group. And he will present it to a meeting of all councillors on Tuesday 22nd March.

Commenting on the petition he said: “A digital autopsy facility would let grieving relatives now what happened to their loved one more quickly and allow them to make appropriate funeral arrangements. It’s more sympathetic to religious needs and would allow everyone, regardless of faith, to begin the grieving process more quickly. I understand that this issue has been looked at in the past, but nothing has happened. So, I give my wholehearted backing to this idea and would encourage everyone to support this petition.”

The petition calls on City Council, University Hospitals Coventry and Warwickshire and HM Coroner’s Office to provide Coventry with the facilities needed to carry out digital autopsies. Please visit: https://edemocracy.coventry.gov.uk/mgEPetitionDisplay.aspx?ID=344&RPID=13142264&HPID=13142264 to sign it.

You can also visit: www.coventryconservatives.com for more information about Coventry Conservatives and the work we do.