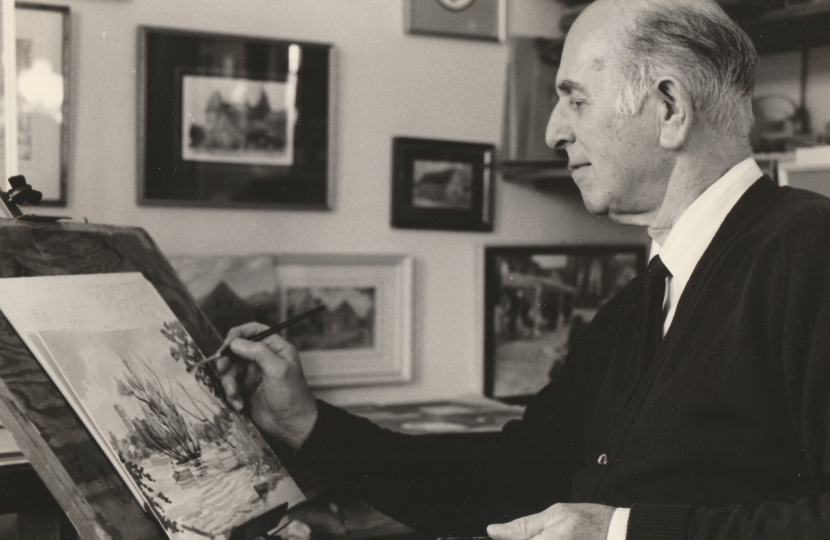 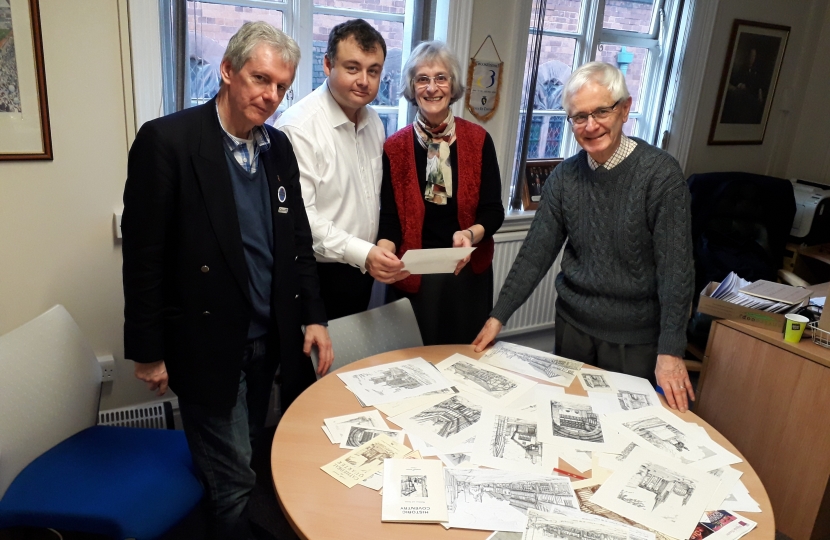 Two local councillors are calling for late local artist Robert Overy to be recognised as part of next year’s City of Culture celebrations. Specialising in watercolour paintings and sketches, the much-loved artist developed a distinctive and instantly recognisable style, familiar to most Coventrians.

He was renowned for creating numerous black and white drawings of Coventry’s historic buildings that had survived the blitz. Most notably he illustrated a guide to Saint Mary’s Guildhall which is still on sale there today.

He moved to Coventry in 1958 with his wife Paddy and twin daughters, pat and Jill, where he worked for the Standard Triumph Motor Company. He also contributed to the city’s culture in many other ways - working for the Coventry Evening Telegraph as art correspondent and serving in the Cathedral’s Choir.

He completed his final painting, a watercolour of the river at Stratford on Avon, the day before he died in 1989. Sadly, a number of his prints have not survived as they were onboard HMS Coventry when she sank during the Falklands War in 1982.

However, the recent campaign for a new HMS Coventry inspired his daughter, Jill, to talk about her father’s achievements once more. So she got in touch with Conservatives leader, Cllr Gary Ridley, to offer to donate a selection of his prints for a new ship should it become a reality.

During the conversation they agreed that his works should also be celebrated during the year as City of Culture. So now Cllr Gary Ridley and Shadow Cabinet Member for Culture, Cllr Roger Bailey, have now written to the City of Culture Trust about the idea.

His daughter, Jill, said: “Even though it is 31 years since my father died, I can still hear his voice extolling the beauties of the ancient buildings of the city. How he loved them, and wanted everyone in Coventry to love them too! He would have been so excited that his adoptive city was having such special celebrations next year, and for him to be just a little part of that would make my sister and me so very proud.”

Commenting Cllr Gary Ridley said: “Robert Overy has left a legacy of great work which is still loved and celebrated in the city. His work is so distinctive it’s instantly recognisable to many people. Like many Coventrians I remember his prints being on the wall in my family home. As a young boy they inspired me to learn more about my home city, so I was extremely excited to meet his daughter recently. He captured a real part of our civic story so it’s only right that he takes his place in the celebrations next year.”

Shadow Cabinet Member for Culture Cllr Roger Baileysaid: “There’s so much of our story which we need to share with the outside world and Robert Overy is part of that. In his life Robert Overy recorded many famous landmarks at a time of great change for the city as it struggled to recover from war. We must find a way to celebrate his works during our year as City of Culture. That’s why we’re seeking support from events organisers.”