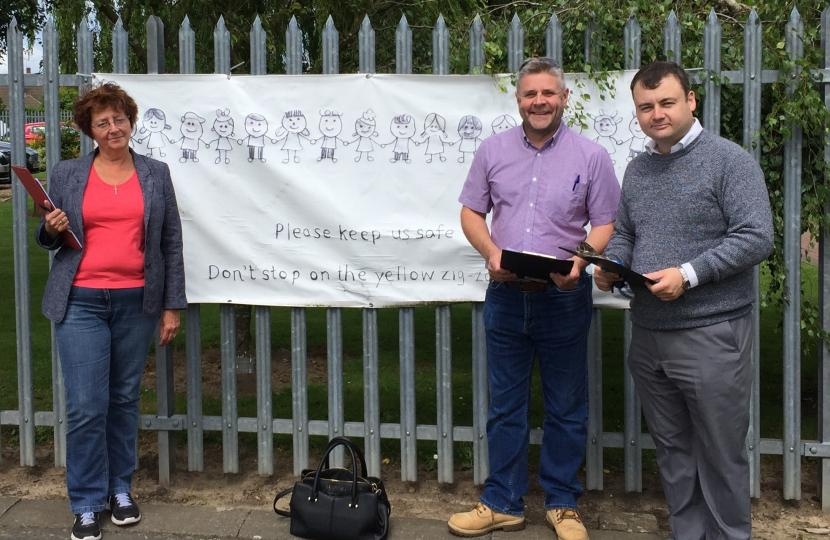 Hockley Lane in Eastern Green could be about to get a pedestrian crossing following a two year campaign. Councillors representing Woodlands ward are now consulting residents about the scheme to install a puffin crossing and they’ve received a letter informing them of the proposal. The letter asks residents to let the councillors know whether they support the scheme which could be in place by October if there are no objections.

With a history of accidents many believe the road is one of the most dangerous in Coventry because of its unique position placing it close to two educational sites. Its proximity to the countryside means that the speed limit drops suddenly to 30 MPH, seemingly catching many motorists off guard. Campaigners also believe that many heavy goods vehicles are using the street as a cut through to the A45.

Over the last two years Woodlands Ward Councillors Peter Male, Gary Ridley and Julia Lepoidevin have campaigned for a crossing at the site. They initially sponsored a petition gathered by residents which called on the Council calling for the installation of a pedestrian crossing. When this was rejected they organised community speed watch days with the police which helped to deter speeding and gather evidence on the scale of the problem.

Commenting on the proposed scheme Cllr Peter Male said: “We’re currently consulting residents on a proposal to install a new puffin crossing on Hockley Lane and residents have received letters notifying them of the proposal. The letter asks residents to let us know their views and we’re really keen to hear from them. I hope the community shares our enthusiasm for this scheme because it’s desperately needed, but of course if they don’t it won’t go ahead. We’ve said from the start that there needs to be a crossing here and we’re pleased this could finally be about to happen.”

Fellow Woodlands Cllr Julia Lepoidevin, who presented the petition, also welcomed the news; “As a mother myself my first concern has always been for the children and I’m thrilled we’ve been able to deliver a proposal for a crossing. I presented a petition on behalf of local residents because I believe very strongly that the area is unsafe without a crossing. I’d like to thank the residents and West Midlands Police who’ve helped to gather the evidence we needed to get this scheme in place. With children heading back to school it can’t happen soon enough”

Woodland ward Councillor and Leader of the Conservatives at the Council House, Cllr Gary Ridley said; “This is great news for the community and I hope people are able to support the proposal. For too long people have had to worry about crossing this dangerous road every time they take their kids to school. Council officers have worked hard to deliver this scheme but unfortunately it’s just one of a number of similar sites around the city where we need to invest in road safety. That’s why a Conservative administration would give them the tools they need by investing an extra £750,000 in road safety – enough for around 15 schemes similar to this one. In the end isn’t the most basic job of the council to keep our children safe?”