Petition calls for action to prevent another travellers incursion 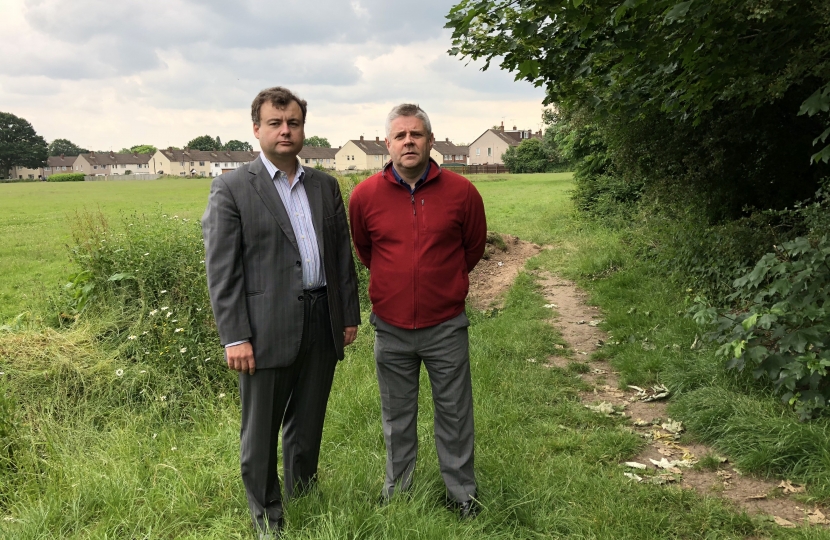 Concerned residents are backing a petition to permanently secure the Ponderosa fields off Jardine Crescent in Tile Hill following last month's incursion by travellers. During the incursion a group of travellers with at least 20 caravans and two motorhomes took up residence in the field staying over a weekend. There were also reports of abusive behaviour towards residents – one incident involved a pregnant woman.

Although Councillors representing the area succeeded in getting them moved on quickly they're worried that it may happen again. A similar situation occurred in 2014 when travellers occupied the site and prevented a local football club from completing a fixture. Eventually, the police used so called ‘section 61’ powers to remove them due to an escalation of incidents.

The petition will be presented to Coventry City Council in July by Cllr Peter Male who represents Woodlands ward, which covers Tile Hill.

Commenting on the situation Cllr Peter Male said; “Last month's incursion by travellers caused significant disruption to local residents. It's happened before and it's vital that we prevent it from ever happening again. When we visited the site recently there are still significant gaps amongst the earthworks which people could use to access the fields so we're calling on the Council to come up with a lasting and permanent solution."

Fellow Woodlands ward Councillor and Leader of the Conservatives at Coventry City Council, Cllr Gary Ridley, said; “This situation caused real worry for local residents in May and clearly the priority now is preventing a reoccurrence. When this happened last month the Council had to go through a torturous legal process to get an eviction notice and I do wonder if a change in the law is needed to make eviction easier."

Residents wishing to add their names to the petition can do so online at: http://www.coventry.gov.uk/petitions