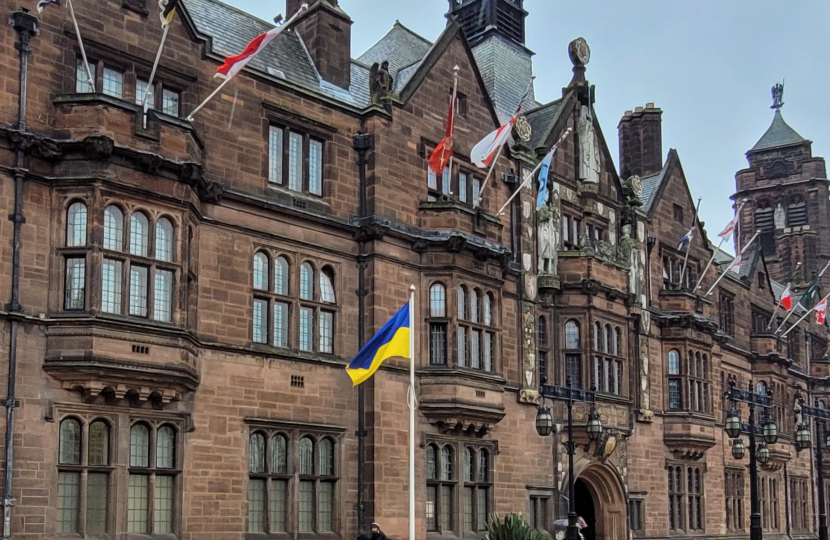 A senior Labour councillor in Coventry has come under fire after using a racist term to describe people of the Jewish faith. It’s thought the comments came to light when a series of ‘What’s App’ messages were leaked to the Jewish News by disgruntled Labour party members.

Cllr Christine Thomas, who represents Binley and Willenhall Ward, used the offensive term ‘jewess’ whilst attempting to dismiss concerns about antisemitism within the Labour Party. In response to the allegations, she issued an apology to the Jewish News claiming she didn’t know the term was offensive.

It’s the latest scandal to engulf the Labour party involving allegations of antisemitism despite attempts by party leader Kier Starmer to clean up the party’s image. Many of those allegations have been directed at Coventry South MP Zarah Sultana, who is a close ally of Cllr Thomas and is understood to have set up the What’s App group.

It’s believed the party is investigating the comments in response to complaints by local Labour Party members. However, Coventry Conservatives say the comments demonstrates there is still a problem with antisemitic behaviour in the party and have called on them to take action immediately.

Commenting on the situation Cllr Gary Ridley, who is Leader of the Conservative Group at Coventry City Council, said: “Coventry is famed as the city of peace and reconciliation which makes it even more unacceptable that a councillor used this appalling term to describe the Jewish people. What’s worse is that she was trying to dismiss the well documented concerns about antisemitism within the Labour party.”

He added: “Sadly this incident demonstrates that there is still a casual culture of antisemitism with the Labour Party where people can openly express these views. That’s why an apology at this point is not enough. If this behaviour is allowed to go unpunished it will embolden, and legitimise, other antisemites within the Labour party. So I would call on the leadership of the Labour Party, locally and nationally, to withdraw the whip while a full investigation is carried out.”

Please visit www.coventryconservatives.com for more information about who we are and our Plan for Coventry.