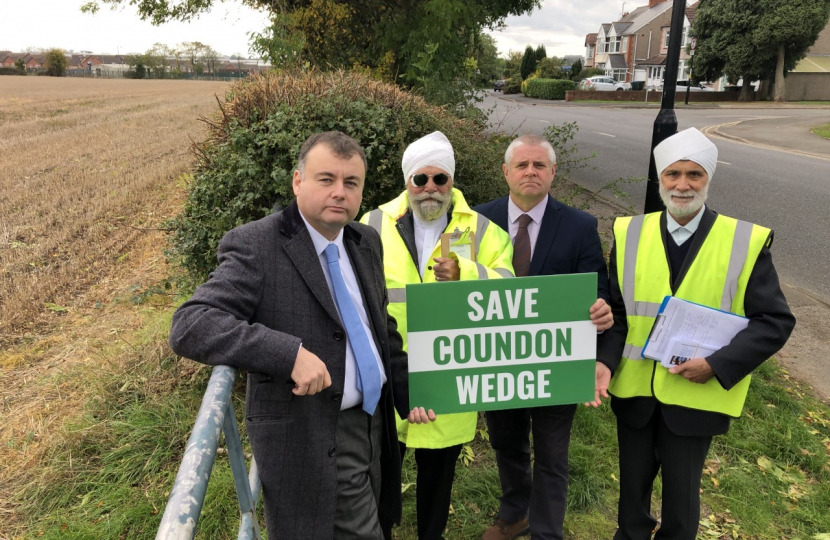 If approved by the Planning Committee, the council-owned farmland at Browns Lane could soon be bulldozed to make way for 350 dwellings. It’s believed the Council are in line for a £10m windfall from the sale of the land to developers.

Local residents are worried about the impact the development could have on the area and the loss of open green space. They’re also concerned that the plans could literally pave the way for development right across Coundon Wedge.

The Brown’s Lane site was declassified as greenbelt land in the 1970s to support the expansion of the Jaguar factory. However, by 2009 the plant had closed, and the site was returned to the greenbelt by a Conservative administration. A year later, Labour seized control of the council throwing out the Conservative plan, earmarking the site for development once more.

One of the residents backing the petition is Breda Williams. Commenting on the proposal she said: "This proposal will result in the loss of a precious local beauty spot and increase traffic. This may be ‘council owned’ land, but they only hold it on behalf of the people. I would urge them to listen to the people who are demanding they stop the sale and save Coundon Wedge."

Commenting on the application, Cllr Tarlochan Singh Jandu said: “This development would have devastating consequences for the area's residents. They want to bulldoze our greenbelt, which will intensify pollution and exacerbate poor air quality. It would increase traffic in an area that’s already struggling and increase the potential for flooding. I call on the council to put people before profit and withdraw this dreadful plan. Please work with residents to develop a local plan for local people, not this developers charter.”

The residents also have the backing of the Leader of the Conservatives at the Council. Commenting on the petition, Opposition Leader Cllr Gary Ridley said: “I’m not surprised so many people have signed this petition, everyone I’ve spoken to is outraged. Sadly, residents have found out the hard way that they just can’t trust this failing Labour administration. They said they’d never build on Coundon Wedge, and yet here we are. Let’s be clear, this scheme could be stopped just by the council not selling the land. The blame rests firmly with them and many people are now worried about the future of the wider area. They’re asking, is this the thin end of the wedge?”

Cllr Jandu will present the petition to councillors at a meeting on Tuesday 6th December. It will then before it is considered by the Planning Committee as part of the planning application.