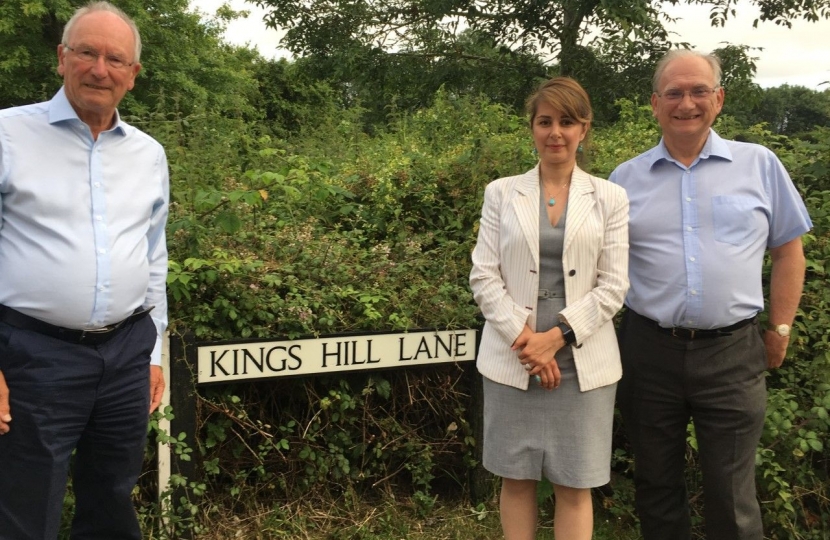 Coventry Conservatives have selected Mattie Heaven as their candidate at a forthcoming by-election in Wainbody ward. The date of the poll is yet to be announced. It follows the death of former Lord Mayor, Gary Crookes, who had represented the ward since 1995. If elected Mattie will take her place alongside Councillors Tim Sawdon and John Blundell who also represent the ward for the Conservatives.

Mattie has campaigned for the Conservatives for a number of years. Before entering politics, she was a strong advocate for human rights, here and abroad, and has campaigned on women’s rights. More recently, she’s been involved in the campaign to prevent the development of greenbelt land in the north of the city. An issue which is likely to dominate the by-election with development proposed at nearby King’s Hill.

Speaking after the selection meeting Mattie Heaven said: “I’m delighted, and humbled, that Coventry Conservatives have selected me to contest this by-election. I know that Cllr Gary Crookes leaves a big pair of shoes to fill but I will work hard for the people of Wainbody Ward. One of the reasons I’m standing as the Conservative candidate because I support the party’s ambitious five-year plan for Coventry. A Conservative-led Council will clean our city up, support our high streets and review greenbelt development. Until then, Wainbody Ward needs a strong local campaigner who will stand up to this this failing Labour administration - just as Gary did.”

The Chair of Wainbody Ward Conservatives, Cllr Tim Sawdon, said; “I still can’t quite believe my old pal Cllr Gary Crookes won’t be coming back to us. However, I’m delighted that we’ve selected a candidate who will work tirelessly to represent the people of Wainbody Ward and build on Gary’s legacy. I look forward to supporting her on the campaign trail and discussing many important issues affecting the area.”

Commenting on her selection the Leader of the Conservatives at the Council House, Cllr Gary Ridley, said; “I’m absolutely thrilled that Mattie Heaven has been selected by our members to contest the forthcoming by-election. She’s worked tirelessly for the community in recent years and I know she’ll make a first class Councillor. We have two other excellent Councillors in Wainbody Ward and we’ll be campaigning on our record of delivery with a promise of more to come.”