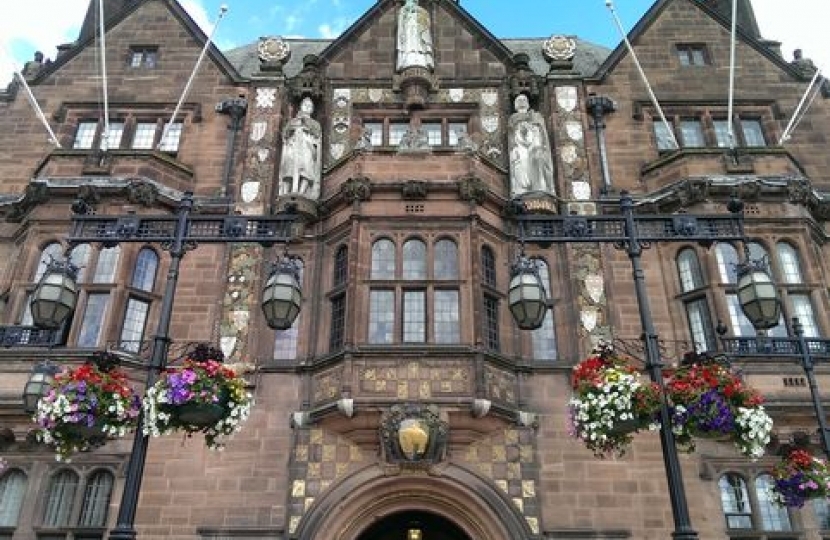 Opposition leaders at Coventry City Council have written to the Government asking them not to impose a congestion charge in Coventry. It’s been written by Conservative leader and deputy, Cllr Gary Ridley and Cllr Allan Andrews as well as the Shadow Cabinet Member for City Services, Cllr Tim Mayer. It comes as the government seem close to reaching a final decision on the ‘Clean Air Zone’ after months of deliberation.

The details of a Clean Air Zone, or CAZ, where the most polluting vehicles would be charged to enter are yet to be finalised. However, a report produced for the council earlier this year looked at a series of options for charging non-compliant cars. Under the options put forward, motorists could be charged either £8 or £12.50 - with the possibility of this rising to £120 unless paid within 14 days. The report also included an ‘indicative map’ of the area of the CAZ which is home to around 80,000 people.

The scheme would be expected to cost around £55m to implement. However, depending on the amount charged in fines, it could bring in an astounding £130m - £200m over a seven year period. The scheme would start during Coventry’s year as City of Culture and be wound up in 2027 as the city is forecast to achieve air quality compliance by 2026 at the latest.

Conservative Councillors believe that the scheme, designed to reduce NO2 levels, is a staggering overreaction and may actually just transfer pollution outside of the CAZ. They argue that the charges, which would affect around 50% of the city’s cars, would hit the poorest families hardest and provide no reason for drivers of newer vehicles to travel more sustainably.

Last year, Coventry was named as one of 22 towns and cities within the UK where Nitrogen Dioxide (NO2) levels are forecast to exceed legal limits by next year. This followed a lengthy court battle with an environmental campaign group who argued the UK government were in breach of EU safety standards. In response, the council were ordered by ministerial direction to introduce the CAZ earlier this year.

The UK government could be fined by the EU if the problem isn’t resolved. However, council officials believe they can reduce NO2 levels without the need for the CAZ. They are currently finalising proposals which will be with the government by the end of the month.

Commenting on the situation leader of the council’s Conservative Group, Cllr Gary Ridley said; “We’ve written to the Minister because we believe a CAZ would be a staggering overreaction. This scheme will land motorists with a £200m bill and it’ll fall on some of the poorest families in the city. In the longer term, it will do nothing to encourage motorists to ditch the car and may just displace pollution elsewhere. This money would be better spent on improving sustainable transport, like our ideas to open two new train stations in the city or a new segregated cycle superhighway highway.”

Shadow Cabinet Member for City Services, Cllr Tim Mayer is worried about how the schemes are implemented locally and the impact they may have on business and enterprise. Commenting he said; “Rather than having a consistent, coherent framework setting out a clear rule for clean air zones and a standard for people to follow we could have a variety of schemes across the UK offering differing criteria and penalties. This could cause more confusion for vehicle users and puts residents, or anyone trying to operate a business at risk.”