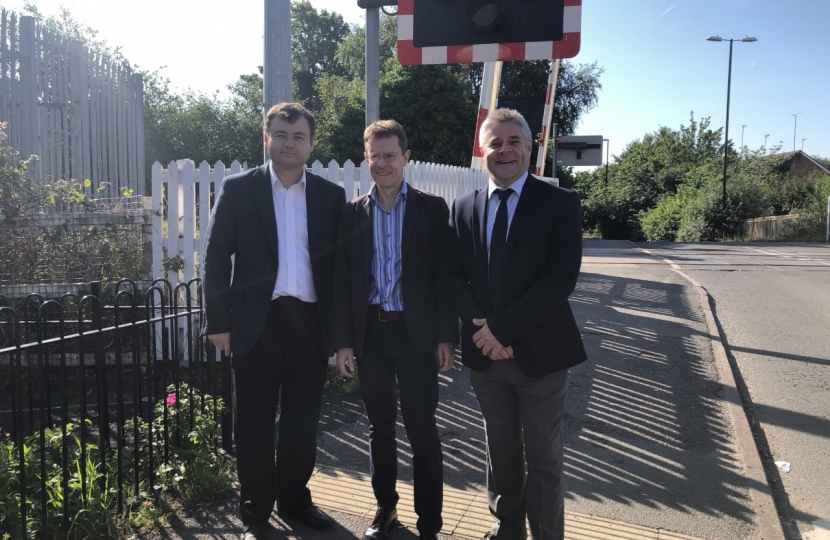 Coventry City Council has backed plans put forward by Conservatives which could see new railway stations opened in the city. At a meeting of Full Council this afternoon councillors agreed to a Conservative proposal to assess the feasibility of new train stations in Coundon, Foleshill and Binley and Willenhall.

The plan, which could improve access to the railway network for thousands of residents was put forward by Shadow Cabinet Member for Jobs and Regeneration, Cllr Peter Male. Labour members supported the plan and went further making the case for a new station in Foleshill. Members also agreed that it’s vital that the city retains three express trains to London every hour.

How people move around the city has become a big issue following the announcement that drivers of the most polluting vehicles could face a £200m charge to use their cars. Coventry Conservatives believe that people must be given a viable alternative to the car instead.This afternoon Councillors heard there is a clear demand for better rail services in Coventry. They cite the huge growth in passenger numbers at the city’s main station as evidence. In 2010 the station was used by around five million passengers annually, by 2017 that figure had risen to more than seven million.

The idea to open two new stations was put forward by Coventry Conservatives at this year’s elections. Over the summer they surveyed many residents and secured the support of West Midlands Mayor Andy Street. They believe the plan could help to cut traffic on the city’s roads, reduce journey time and help to tackle poor air quality in the city.

Commenting on the outcome of the meeting Shadow Cabinet Member for Jobs and Regeneration, Cllr Peter Male, said; “I’m delighted that we were able to secure cross party support for our idea to look at the feasibility of two new rail stations in Coventry. They would give people a viable alternative to the car so it makes sense to explore the possibility of these new stations in the city. New stations are opening right across the West Midlands so why can’t we get them here too?”

Local Conservative leader, Cllr Gary Ridley, said; “Whatever way you look at it people won’t ditch the car until viable alternatives are available. There’s been a huge growth in the number of passengers using rail travel in Coventry in recent years. So I’m very pleased that we now have unanimous agreement to explore the idea of opening these new rail stations in the city. A quality public transport system can help to reduce pollution and congestion and fewer car journeys mean quicker car journeys plus we’d all breathe cleaner air.”

The locations Coundon and Binley and Willenhall were suggested by Conservatives because of their strategic locations. Coundon Road station is situated close to an air quality hot spot and Bablake School - which attracts a lot of traffic from outside of the city. A new station on the east of the city is desirable as there are currently no stations to the east of Coventry within the city boundary.

Originally named ‘Counden Road railway station’, the station in Coundon opened to passengers in 1850 and closed in 1965. Much of the original architecture is still in situ and station buildings are now used by the adjacent Bablake School.