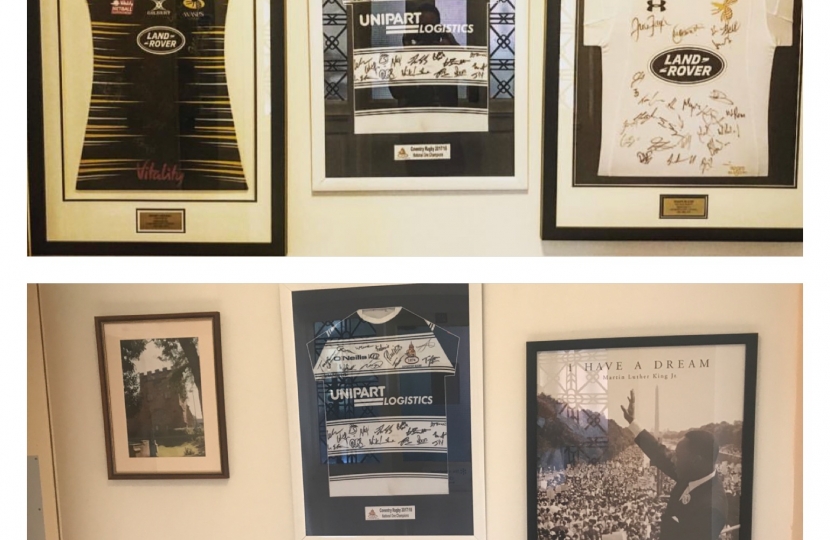 Councillor Tim Mayer has written an open letter to the Labour Deputy Leader of the council and Cabinet Member for Policing and Equalities Cllr Abdul Khan following the discovery 2 pieces of signed artwork he thought were missing after being kindly donated to the council by Wasps Rugby and Wasps Netball have turned up on display in his private council office.

We have had a great year or 2 in Coventry for sport. As someone who works in the sports industry and has done for over 12 years I was so proud when Coventry announced that we have been named as the UK’s European City of Sport for 2019, coincidentally coinciding with the the new waterpark in the city centre as well as the new 50m pool at the Alan Higgs centre and the sports and wellness hub at the University of Warwick.

CCFC won at Wembley, Coventry Rugby were promoted as champions of SSE National League 1, Wasps Netball came first in the Netball Superleague etc etc. Proving our sports strategy is working and that Coventry is building on the wonderful legacy of London 2012.

Given these achievements I was delighted that the signed shirts donated kindly by Wasps Rugby and Netball at the Lord Mayors Civic event had been displayed in the Council House for all members, colleagues but more importantly the public to enjoy. I even brought my daughter in to see them, The motivation things like these give to people tend to rise as they realize the achievement of those around them are being made. It helps people get behind our city and showcases all that is possible.

These framed signed shirts were donated for all residents in our city to enjoy and be experienced. I am therefore really disappointed that you have seen fit in your position as Deputy Leader of the council, Cabinet Member for Policing and Equalities to move them. I think it is safe to assume that the intent was not that these items could be hidden away in one Councillor's private office. Please can you put these back on display for all our city residents to enjoy? 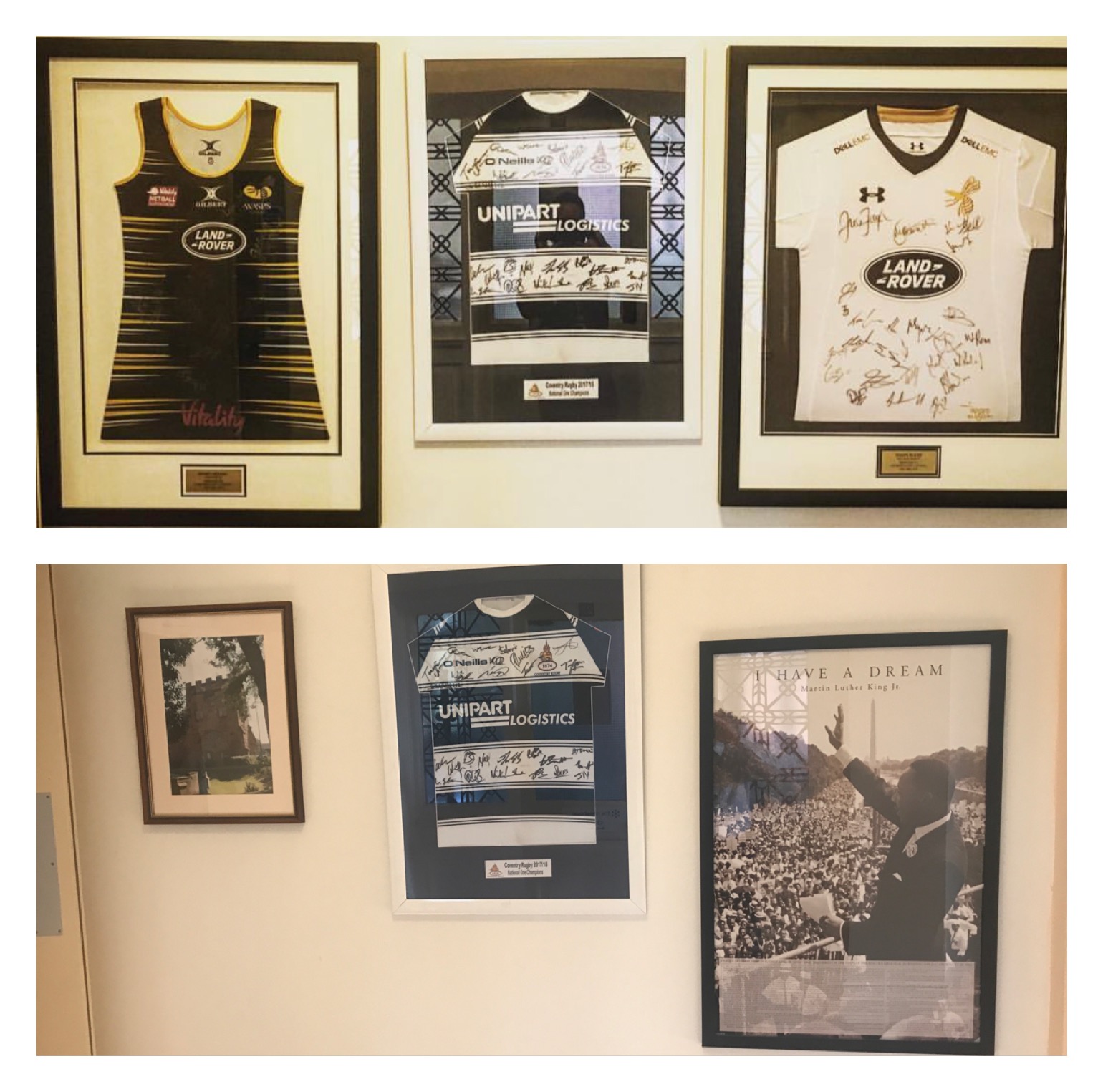