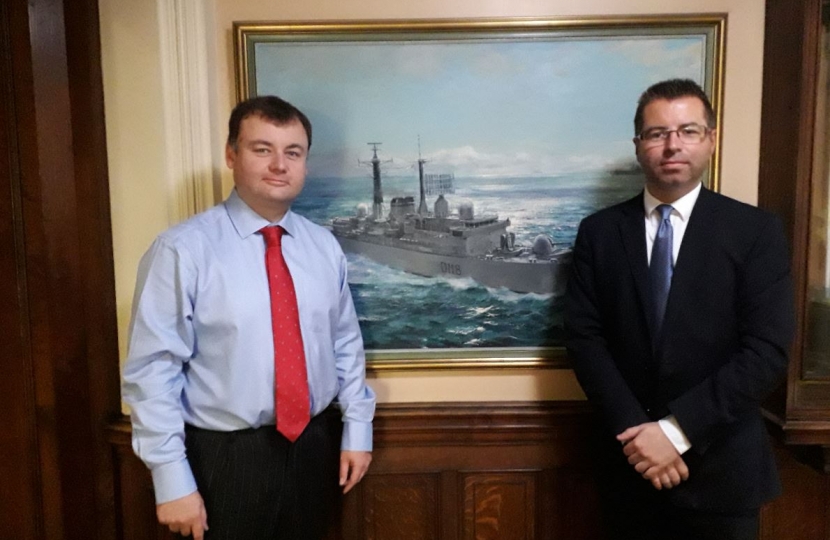 Coventry Conservatives have launched a campaign to persuade the Royal Navy to name one of their new frigates HMS Coventry. It follows an announcement in September by the government that it intends to purchase five new type 31 frigates at a cost of £1.3bn which could enter service by 2023.

The calls have been led by Cllr Gary Ridley, and Cllr Allan Andrews the Leader, and Deputy Leader, of the Council’s Conservative Group. They believe the reintroduction of the name would restore Coventry’s links with the Royal Navy and would be a lasting way to commemorate the city’s year as the City of Culture.

Although Coventry is around 100 miles away from the sea it has enjoyed a long relationship with the Royal Navy for hundreds of years. In total six vessels have borne the name of the Midlands city up until the early part of the 21st century. Another ship was ordered in the 1950s only to be cancelled before its completion.

The first ship to be named after the city in 1658 was in fact a Spanish ship, San Miguel, which was seized by the Royal Navy. More recently, another notable incarnation was HMS Coventry (D118) which served in the Falklands conflict and was sunk by enemy action with the loss of 19 sailors.

Although the city is now affiliated to Royal Navy destroyer HMS Diamond, there hasn’t been a HMS Coventry (F98) since 2002. A type 22 frigate, the ship was commissioned in 1988 and served until 2002 before being sold to the Romanian navy. It was renamed Regele Ferdinand and continues to serve as the flagship of their navy.

If the campaign were successful Coventry would be the second city in the West Midlands to receive the honour in the last year. In 2018, the government confirmed that another new warship, a type 26 frigate will be called HMS Birmingham.

So far the idea has secured the backing of the Mayor of the West Midlands, Andy Street, and the councillors are writing to other politicians and key local stakeholders to build support for the proposal. They have also set up a petition on change.org which will be presented to the Secretary of State for Defence.

Commenting on the campaign Cllr Gary Ridley said; “The City of Culture is all about celebrating our fabulous city and diverse population. It’s also about projecting this image to position Coventry as a good place to visit and invest. I believe that the people of our great city would take tremendous civic pride in a new ship called HMS Coventry and it would put us back on the map globally too. With five new frigates on order, what better way to celebrate our year in the spotlight and raise our profile at home and abroad?”

West Midlands Mayor Andy Street said; “I strongly support this campaign to recognise the importance of Coventry, the history of ships bearing this proud name and the contribution of Coventrians to our armed forces. With the decision to name one of the new ships HMS Birmingham it has to be right that she is very quickly joined by a HMS Coventry as her sister-ship.”