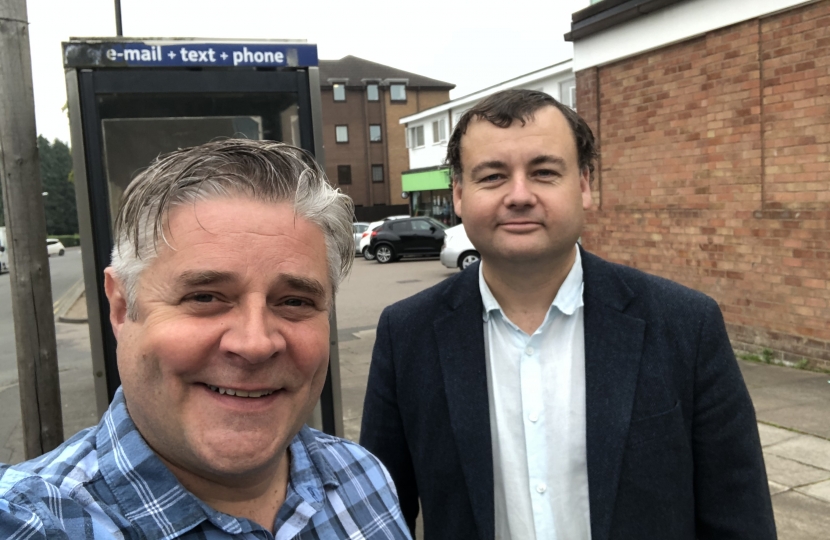 Residents and councillors in Mount Nod, Coventry are calling for an old telephone box to be repurposed as a defibrillator. It follows an announcement by BT that they intend to remove it due to low usage.

Defibrillators have become a common sight on the high street in recent years as other disused kiosks have been used in this way. It’s largely thanks to a scheme which allows local authorities, charities and community groups to take ownership for £1. Under the agreement BT pays for the electricity for the first seven years.

However, the first thing campaigners must do is persuade BT to leave the phone box in situ while discussions take place. So, Woodlands Ward Councillor Gary Ridley has formally objected to its removal while a petition is gathered.

Commenting on the idea Cllr Gary Ridley said: “When I first heard about the removal of the phone box, I thought it was understandable as most people now have a mobile phone. However, it was our brilliant residents that suggested converting it into a defibrillator. I’ve been discussing options with Coventry City Council and would love to hear from anyone else who would like to be involved in this project.”

Fellow Woodlands Ward Councillor, Peter Male is also supporting the idea: “I think this is a great idea and we’re very grateful to the local shops, pub and hairdressers for the support they’ve given us. I would urge everyone to sign the petition and respond the consultation. For obvious reasons, health has risen to the top of everyone’s agenda this year and one day this kit might just save a life.”

Residents can sign the petition by visiting local shops on Sutherland Avenue, where the phone box is located. It’s also available to sign in The Vale public house and online at the Council’s website. They also have until 31st August to respond to the consultation on the removal of the phone box which is being led by British Telecom.