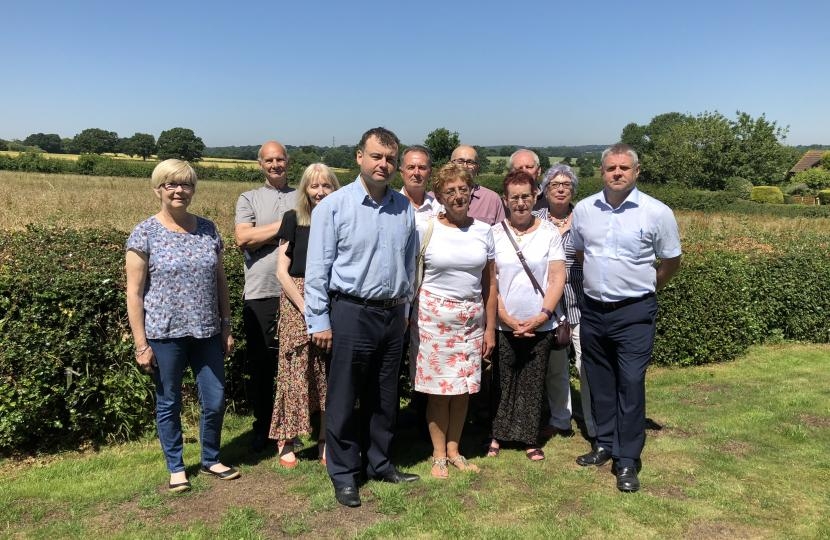 A controversial planning application to develop greenbelt land in Eastern Green has been received by Coventry City Council. It follows the approval of the ‘Local Plan’ earlier this year which targeted several greenbelt sites around the city.

If approved the planning application would see the construction of 2,625 new houses, 60, 000 square metres of warehousing and industrial units and a retail centre the size of Cannon Park. By law there must now be a three week consultation on the plans which is due to end on 13th December.

However, Councillors representing Woodlands ward are worried this doesn’t leave enough time for everyone to take part in the consultation. They’ve accused the council of rushing the plans through with the minimal consultation allowed by law and they’re supporting a petition calling for a longer consultation period.

Last year Conservative Councillors opposed the Council’s decision to develop greenbelt sites around the city preferring to see brownfield sites developed first instead. However, with the Local Plan approved their focus is now on minimising the damage and ensuring local residents have their say.

Although they’re still studying the application they’ve raised initial concerns about the proximity of development to existing properties and the need for a green border. They’re also concerned that the plan makes provision for hundreds more homes that originally agreed in the Local Plan.

Commenting on the news Cllr Peter Male said; “We’ve said from day one that we need a Local Plan for local people and not this developer’s charter. Just like the Local Plan itself this application is being rushed through and it’s just not good enough. This is a complex and detailed planning application and we all need time to properly respond and that’s why we’re calling on the Council to extend the consultation period. If anyone is to have a shred of confidence in this process the people’s petition must be heard."

Fellow Woodlands ward Councillor and Leader of the Conservatives at the Council House, Councillor Gary Ridley said; “An enormous number of documents have been submitted with this planning application. It takes time to fully digest the proposal however we already have concerns that the developers have sought to cram hundreds of additional homes onto this site than previously anticipated. What impact will this have on the final development? Will it be able to cope with additional traffic? Will there be a green buffer between existing homes and new development? These questions keep coming and three weeks just isn’t long enough to bottom out these issues.”

Also representing Woodlands ward is Councillor Julia Lepoidevin who shares the concerns of her colleagues. Commenting on the planning application she said said; “A lot of people lost faith in this failing Labour administration when they decided to plough on with this greenbelt grab. However, most people have now accepted the terrible reality that this will now happen. For us it’s now about minimising the damage and getting the best possible outcome for residents. What they were promised was a chance to help to shape and influence the final design but that just isn’t happening. My message to the Council is simple, do the decent thing, extend the consultation and let people have their say."

To sign the petition calling for the consultation to be extended please visit: https://bit.ly/2E0cV1A