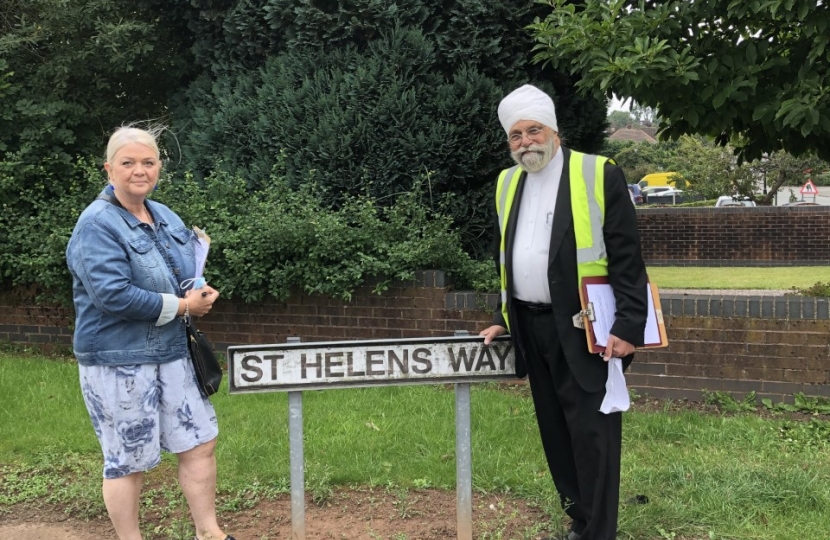 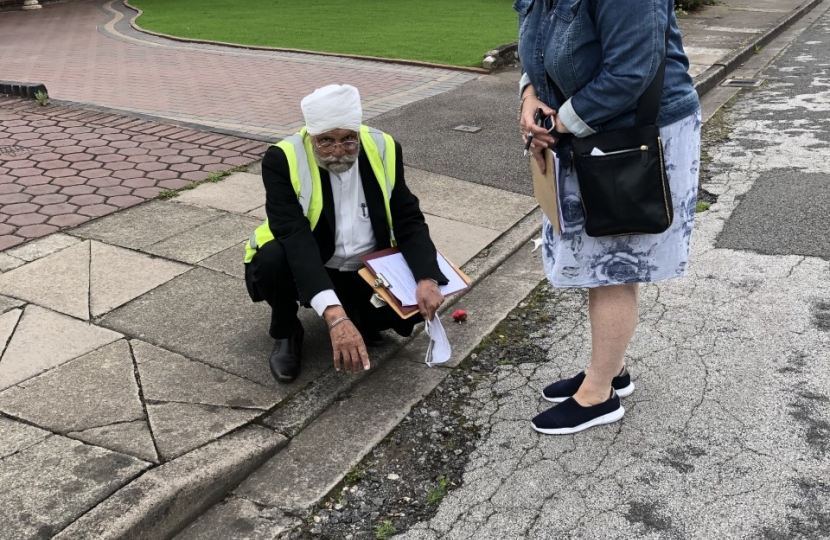 Residents living on St Helens Way in Allesley Village are calling on the council to take action to improve the state of their road and footpath. They say that the surface has been damaged over several years by lorries using the street to load and unload. The damage has then been compounded by periods of extreme hot and cold weather. The freeze-thaw effect can be lethal to a damaged surface which can fracture even more. Some elderly residents say the poor quality of the footpath is making it harder for them to get around. Some even claim to have required hospital treatment after tripping over on the dangerous slabs that make up the footpath.

Bablake Ward Councillor, Jaswant Birdi, is backing the residents. He will present a petition bearing 67 signatures to a meeting of all councillors on Tuesday 7th September at the Coventry Building Society Arena. Commenting on the situation he said: “This street should have been resurfaced years ago so it’s not surprising that residents feel as though they’ve been ignored for far too long. Earlier this year Coventry Conservatives put forward fully-costed plans to spend an extra £200,000 a year on highways which Labour rejected. I Would urge them to consider this request more carefully - or will it take someone to be seriously injured before they take action?”

Local resident Geraldine Bull has been helping Cllr Birdi to collect signatures for the petition. Commenting on the petition she said: “The road is full of deep potholes, getting worse with each passing year. One poor elderly gentleman tripped, fell and sustained a head injury this year. Fortunately, the poor man survived this ordeal, but he required an ambulance and treatment and now walks looking down towards the pavement. Another lady who has had previous back injuries and surgeries tripped and fell in the pothole outside her drive. We feel It is not acceptable to dismiss the concerns of the residents and consider that this request for action is both justified and necessary.”

Councillors are expected to refer the petition to the Cabinet Member for City Services who will take a decision on the future of the street at a later date.