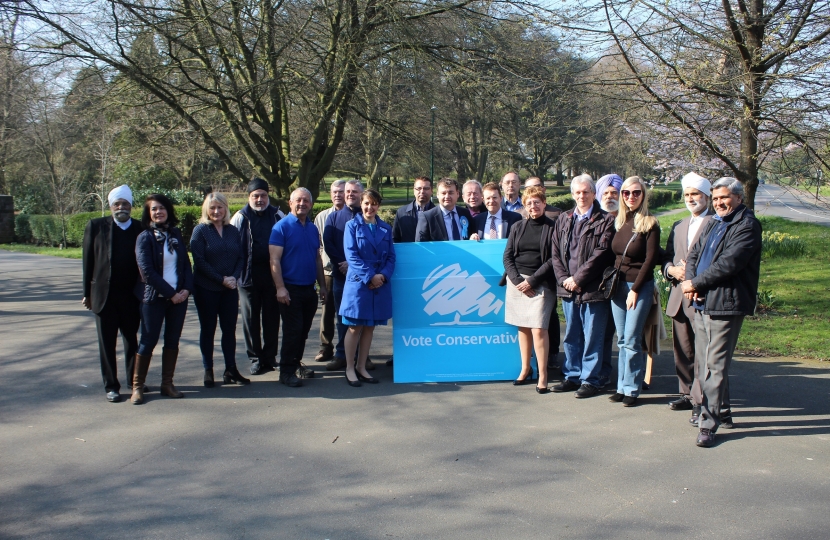 Conservatives have set out their five-year vision for Coventry ahead of this year’s local elections on Thursday 2nd May. In the document they promise to prioritise job creation, improve transport links, support libraries and clean the city up. They’ve also pledged to review the contentious ‘Local Plan’ which has paved the way for extensive greenbelt development.

To create more jobs they are promising the creation of a task force to maximise the opportunities offered by next generation technology and green collar jobs. They also want to see a fresh approach to regeneration in the city centre following the news that developers Shearer have announced their plan has stalled. In the shorter term, Conservatives believe a range of measures including free parking and turnover based rents will help retailers.

They will also produce a balanced Council budget for the first time in recent years and tackle debts which cost the taxpayer £11m last year alone in interest payments. They believe they can direct an extra £3m into front line service delivery by tackling waste and inefficiency.

Part of these funds would be used to provide support for smaller high street destinations, such as Earlsdon Street and Daventry Road in Cheylesmore. The creation of a new £310,000 High Street Challenge Fund would allow retailers and community groups to bid for funds to make the high street more attractive to shoppers.

A further £750,000 is earmarked to improve road safety in the city with an extra £500,000 available for improvements to highways and pot-hole repair. There would be a big shake up to the city’s transport links with moves to re-open Coundon Rail station and a new station in the East of the city. A new off-road north-south cycle superhighway would be added as a way to make cycling a more attractive way to travel. The scheme would treated as a trailblazer for future schemes expected to be developed in the future.

In the plan there is recognition that more needs to be done to support the city’s network of volunteer-led community libraries. To achieve this £300,000 has been set aside to support and develop the volunteer base while protecting them from closure. They will also direct investment towards tackling fly tipping and cleaning the city up.

On the greenbelt Conservatives would seek a review of the ‘Local Plan’. They argue modelling carried out has been nullified by the admission that more houses than originally expected could be built.

They would prefer to see a brownfield first approach and have promised to ‘can the plan’ if elected. However, to boost housing supply they would bring nearly 2,500 empty homes back into use - using seizure powers if necessary. They would also seek changes to the planning system to make it harder to turn family homes into student properties.

Commenting on the launch of the manifesto Cllr Gary Ridley, the Leader of the Conservatives at Coventry City Council, said; “This is a local election and I’d urge residents to think about local issues when then vote. Our mission is to create a Coventry where everyone has the opportunity to get a quality job, live in a good house and have aspiration for their children. I'm asking voters to back us because I know that a better future for everyone could be within our grasp. These aren't just empty words, our manifesto contains specific actions which we’ll take to bring about the change Coventry so desperately needs. It's a sky-blue print for a better tomorrow written by Coventrians for Coventrians."